Synopsis:
A coming-of-age story set in the countryside in contemporary Hungary, where Dávid, 18, decides to stand up for a 13-year-old girl who he believes is being molested by their music teacher.

Based on a true story, ‘Impromptu’ was financed by the Hungarian National Film Fund’s Incubator Program, and it is to be shot Summer 2018. 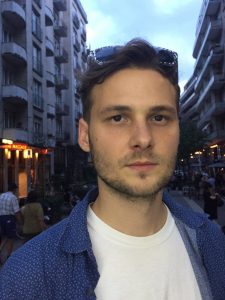 Zoltán Nagy is a Hungarian film director born in 1988. He first studied directing at Sapientia Hungarian University of Transylvania, Romania, before getting accepted for his MA studies the University of Theatre and Film Arts of Budapest (SZFE). His short film 'Switch' got accepted to several international film festivals, and the recently completed 'Mildly Salty' is his graduation film. 'Impromptu' is his first feature film.