Synopsis:
An elderly couple receives a visitor. The poor salesman arrives at dinnertime, and he really shouldn’t have eaten one of the old woman’s meatballs… Inspired by a 1-sentence „short story” by classic absurd writer István Örkény and starring two legendary Hungarian actors in a rare lead role for both of them, this semi-comedy tells a twisted story of forgiveness. 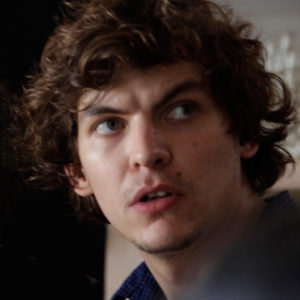 Born in 1991, Attila Hartung started his studies in 2011 at SZFE (University of Theatre and Film Arts, Budapest). One of the busiest students in and outside of the school, Attila is also working on music videos, commercials, and is currently writing his first feature film. ‘Meatball’ was his first collaboration with Filmfabriq, any many more followed. His older brother and frequent collaborator is cinematographer Dávid Hartung.